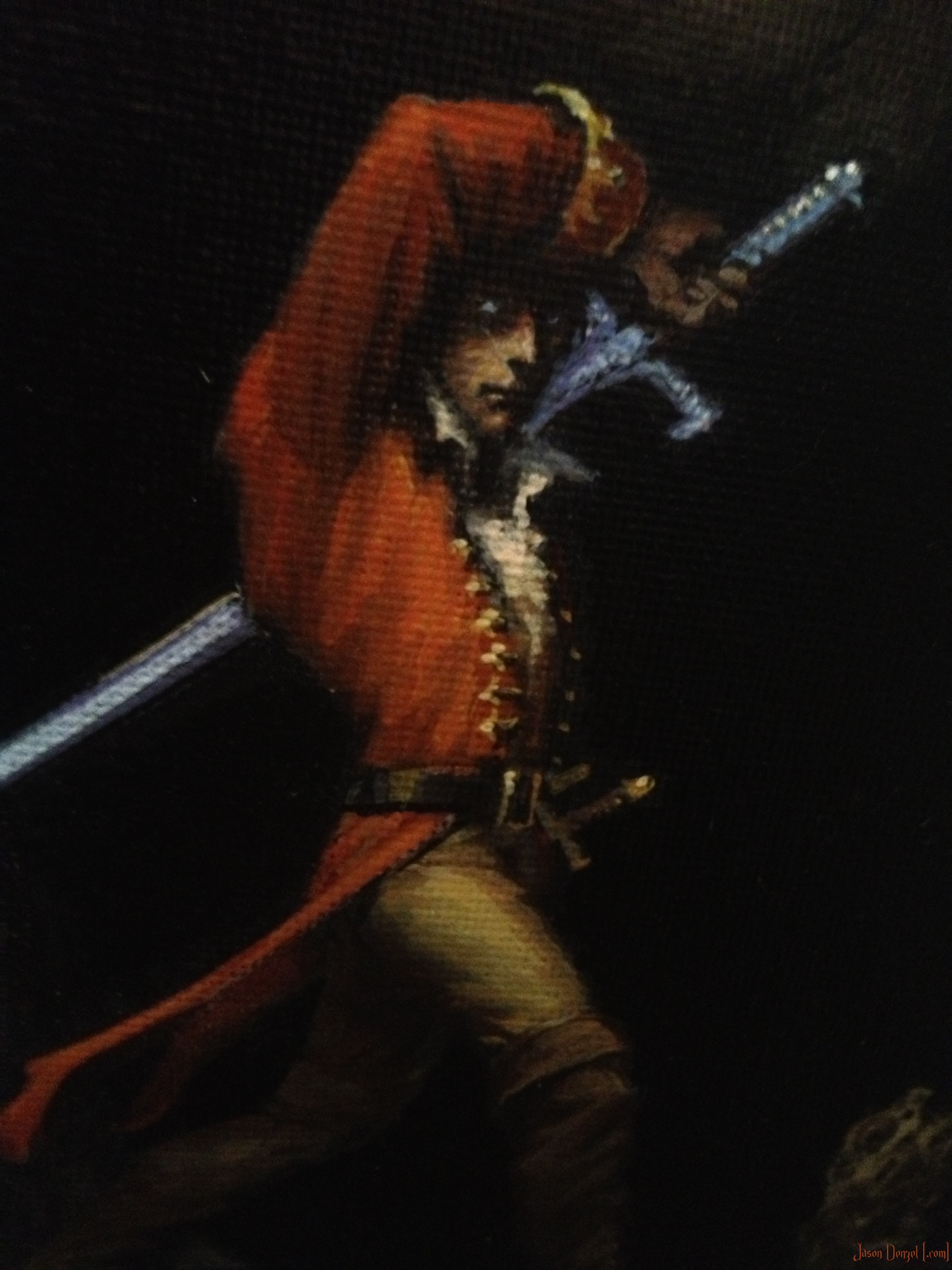 View All Blog Posts
This is a Framed Fantasy post: An on-going series showcasing some of the beautiful framed fantasy artwork I own. See other posts here. 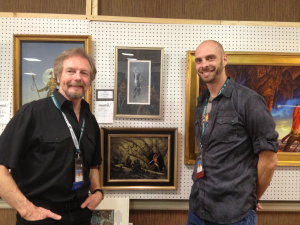 Last month I attended JordanCon V, an annual convention in Atlanta where we celebrate Robert Jordan’s work, as well as books and other media by artists and writers with similar influences. The Artist Guest of Honor was the esteemed Michael Whelan, who not only is the most celebrated fantasy artist in the field today, but also, I’m happy to report, a nice guy.  In fact, I was incredibly surprised that he recognized me before we even shook hands. He’d seen me in the promotional videos Tor produced for A Memory of Light, and was immediately gracious and kind in saying he enjoyed what I had to say in those.

Naturally, I bought something from him.

I love quality artwork, and I’m proud to support artists. (And in this case, I knew a portion of the sale would go to support the Wolverton family in their time of need.)  When I saw one of his concept “sketches” for the AMOL book cover, I immediately snatched it up. I purchased the original painting, and as far as I know, there are no reproductions or prints out there. 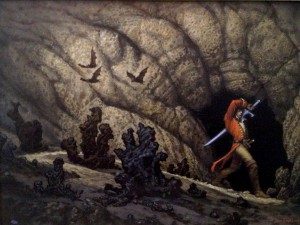 The painting depicts Rand outside the cave at Shayol Ghul, right before he descends to face the Dark One. He’s holding Callandor, the “Sword that is Not A Sword.”

The story behind is this image is that it’s one of several concepts that Michael provided to Tor Books. From what I understand, this particular painting was one of the top choices to become the actual book cover, but the publisher wanted an image which included the lunar eclipse.  If this image had been selected, Michael would have re-painted it, and added a significant amount of more detail.

Despite being only a “sketch”, the image is powerful and ensnared me. The framing is such that it leads the eyes down toward the lower right, as if we are descending with Rand into the Dark One’s lair. Michael described how the cracks in the wall are supposed to imply how the world itself is unravelling. 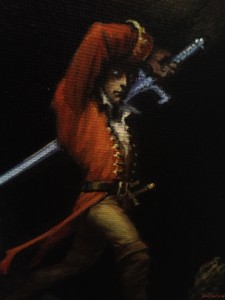 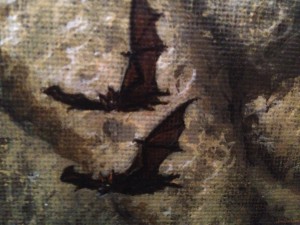 The painting came with a frame, seen below. It was painted on canvas with acrylic.  Here’s Michael’s signature, as well as the label on the back. 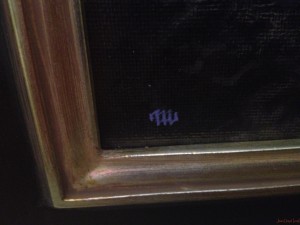 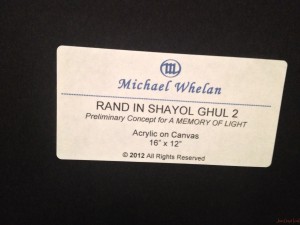 I’m proud to be the owner of an original Michael Whelan painting. Although I recognize this was “just a sketch”, it still captures an iconic character in a fascinating way. I’ve got the painting hanging in my home office and will cherish it for a long time. 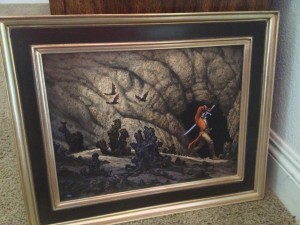