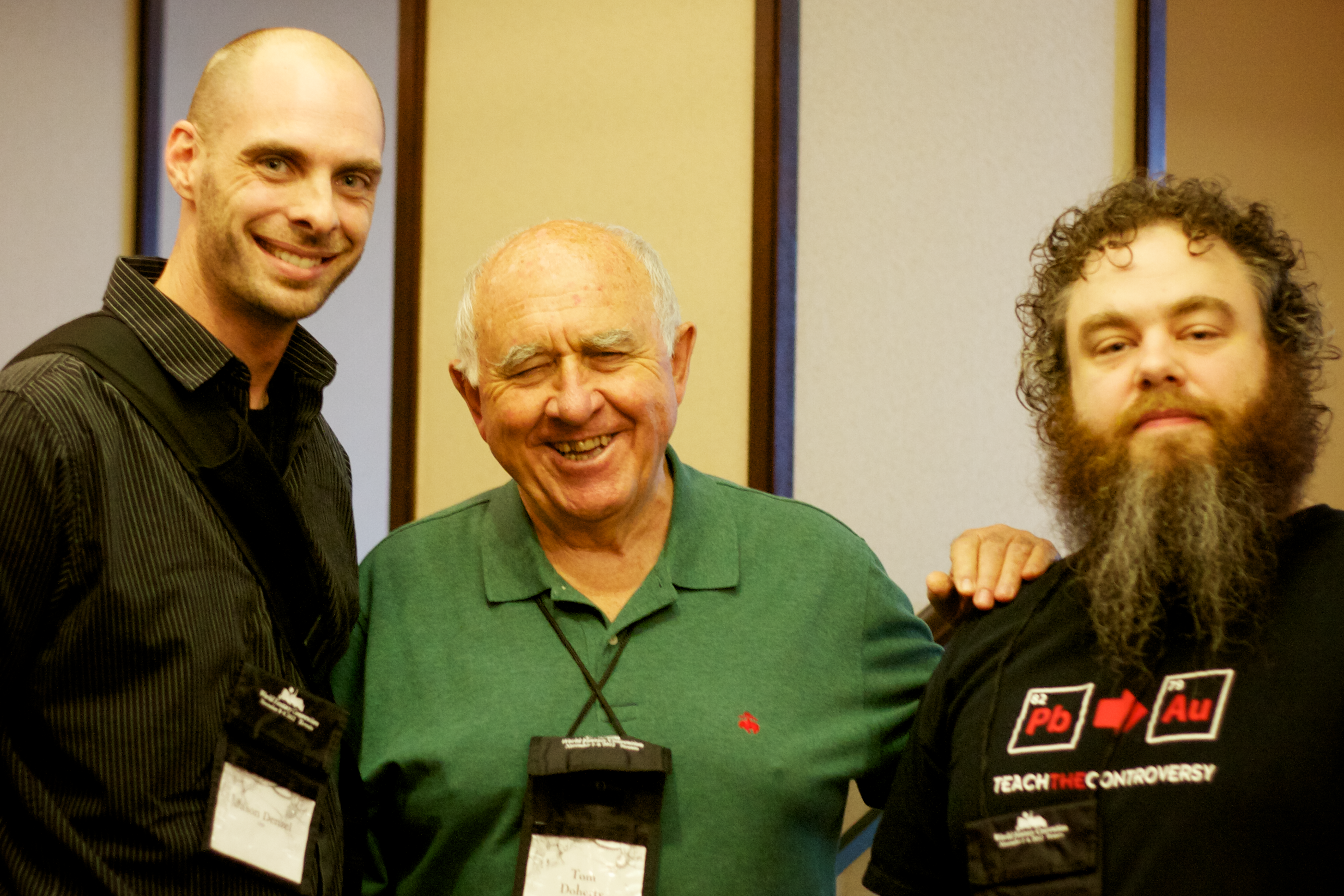 This past weekend I attended the World Fantasy Convention in Toronto. WFC is a well-respected convention that generally brings together publishers, authors, agents, booksellers, and other publishing industry professionals.

I attended because I’m producing a series of videos for Tor Books to promote A Memory of Light, the upcoming final Wheel of Time novel. During my short time there, I had the opportunity to hang out with, and interview my pal Brandon Sanderson along with Tom Doherty (Tor’s founder and publisher), and the amazing Patrick Rothfuss.

As luck would have it, I was able to spend well over an hour with Pat before doing his interview. It’s so often said about him that he’s a nice guy, and I don’t know if I can do this without making it sound cliche. But really: the guy is awesome, and we hung out and talked about all sorts of things ranging from kids (we both have little boys at home) to martial arts to writing. I offered to buy him a tea. He insisted that he pay for it. Then a fan of his walked up and insisted that she pay for our teas.

One neat thing about that meeting was that Pat had never met Tom Doherty, who’s, of course, an industry giant. So I felt quite privileged to be the one to introduce them. Here’s a photo of myself, Tom Doherty (center), and Pat Rothfuss. 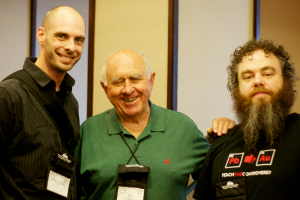 On Friday afternoon Brandon had a scheduled reading. He read the opening “wind scene” from A Memory of Light, and also read from the second Stormlight Archive book, which is currently being written. The section he read was from the POV of a parshendi warrior wearing shard plate, which was pretty cool. There were no parshendi POV’s in the first book.

So all in all, my brief trip was well worth it. I met some new contacts, and once more solidified my love of this industry.