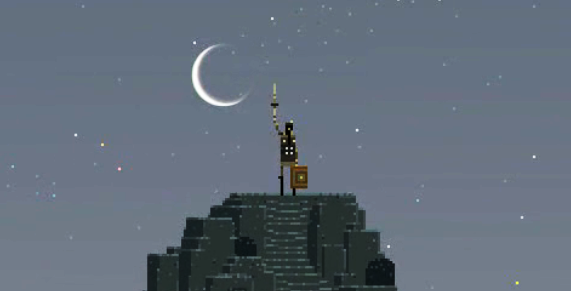 I recently downloaded a new game for the iPad called Superbrothers: Sword & Sworcery EP and have quite simply fallen in love with it. 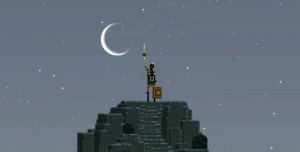 On the surface, this is a retro-style adventure game similar to the classic Zelda. But the developers took things much further than that. What they’ve actually created is a remarkable experience that blends a stylish design with an enchanting musical score. The experience of the overall game was beautiful and poetic in a way that at times had me lost in wonder, and at other times caught up in an adrenaline rush.

You begin the game with no information whatsoever. A strange narrator-dude smokes a cigarette in the falling snow. Once he begins his tale–your story–you find yourself tapping your way around a lush 8-bit fantasy world. The old-school style is intentional, and highly successful. Even if you can’t quite make out exactly what everything looks like, the pixelated brush strokes are just enough to reveal their world. 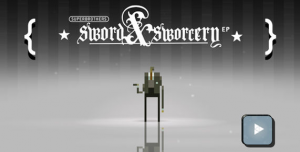 The game expands over the course of multiple chapters. I was impressed by how complex the story became as time went on. The writers did an outstanding job of slow-building the plot, and gradually pulling you in. The language they use is carefully effusive, and cleverly designed so that every single line has the potential to be tweeted out to Twitter. 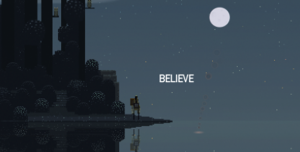 Equally impressive was the “sworcery” mechanism in the game. In order to be complete the game, you must master the “song of sworcery”, which is a mix of puzzle solving and clever interaction with your touch-screen device. 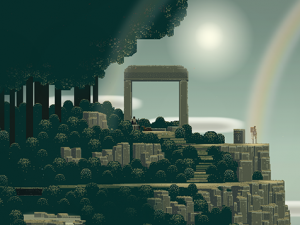 All in all, Sword and Sworcery is a game you need to experience first hand to understand. No blog or review can truly do it justice. If you love the old Zelda-style adventure games, the fantasy genre, or games that attempt to tap into a deeper subconscious common to us all, then this is a game that won’t disappoint.