The Legend of Grimlock 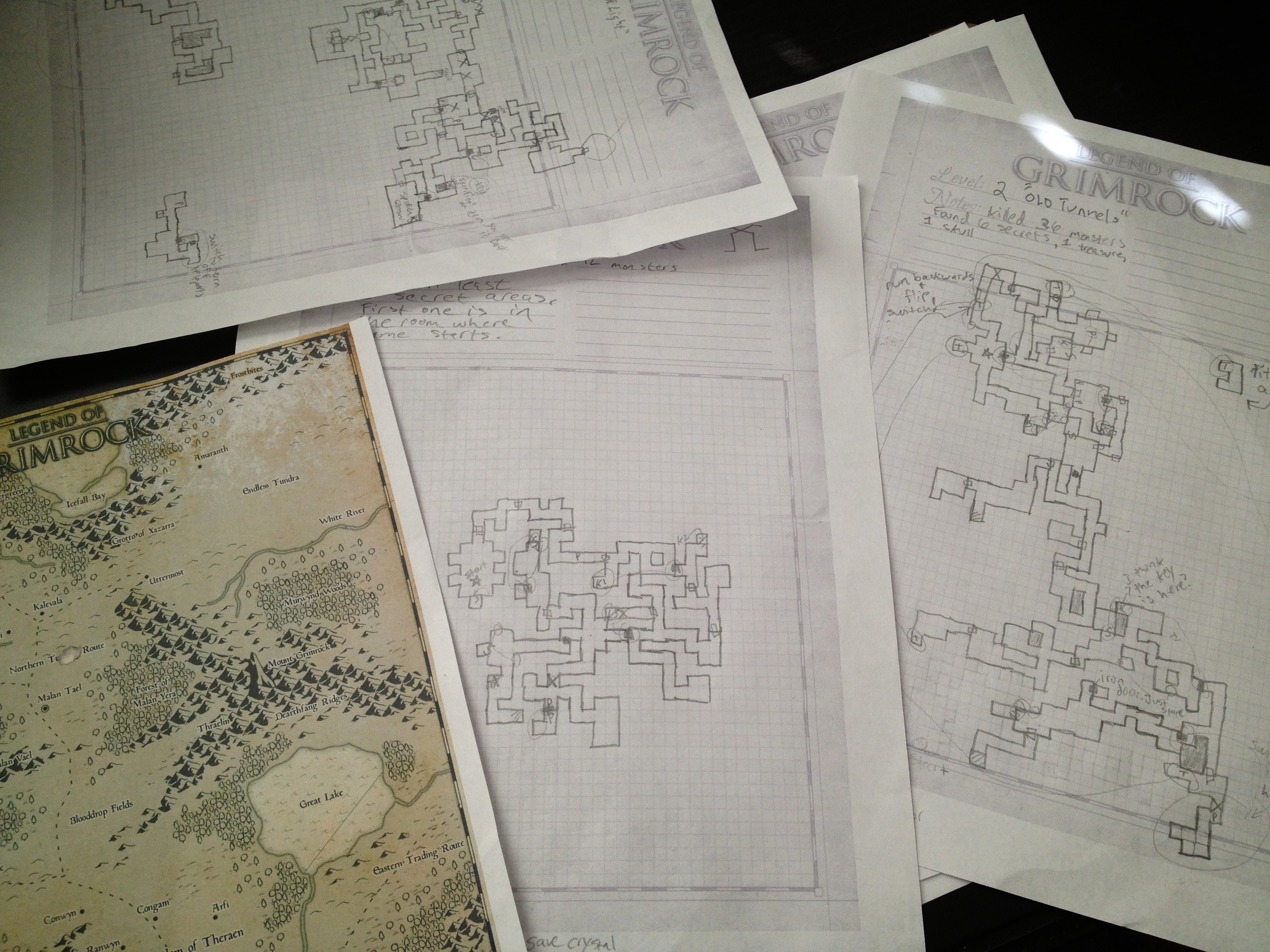 I’m my copious amount of time (sarcasm), I’ve been playing an independent computer RPG called The Legend of Grimlock. 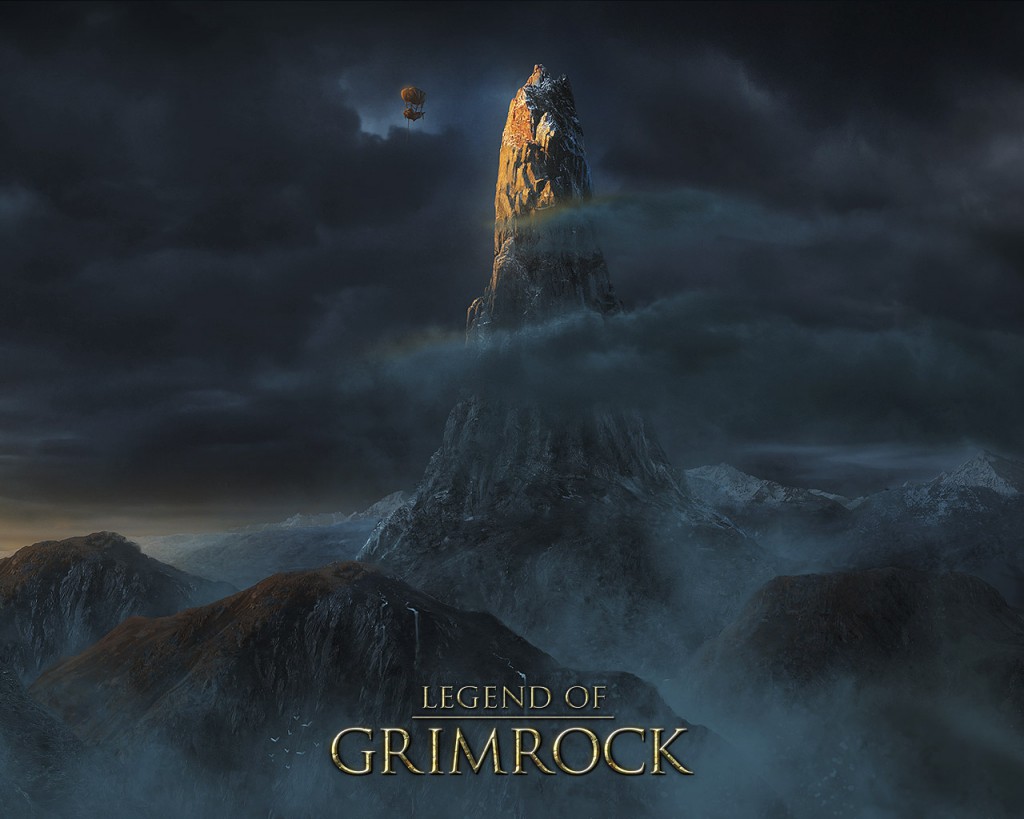 I love this game for so many reasons. The main thing for me is that this is another example of Old School Gaming. When I first launched the game, I disabled the auto-mapping feature, and put the difficulty to the highest setting. I downloaded a PDF from the game’s website for making grid-based maps. Take a look at some of my hand-drawn maps from the first few levels. 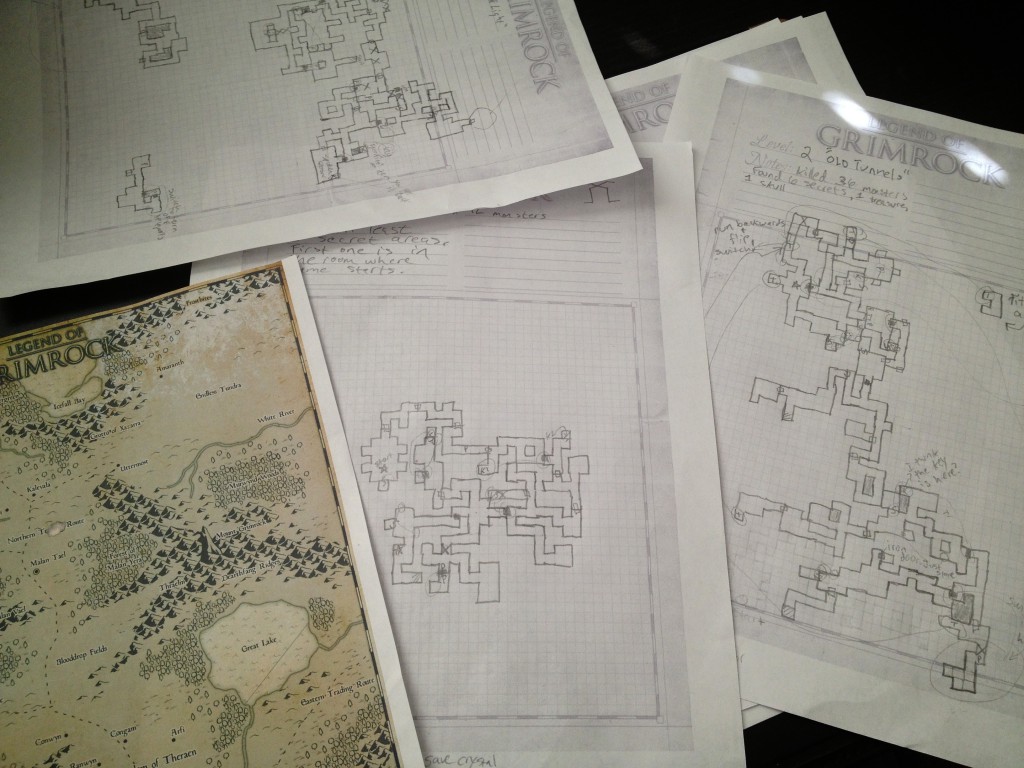 Another thing I love about this game is the ambience. If I got dumped naked into a dungeon, I would be terrified, right? Grimlock does a fantastic job of providing a spooky atmosphere through sound and visuals. I only play this game at night, after my kids have gone to bed. I put on some noise-canceling headphones, and dive into their world. 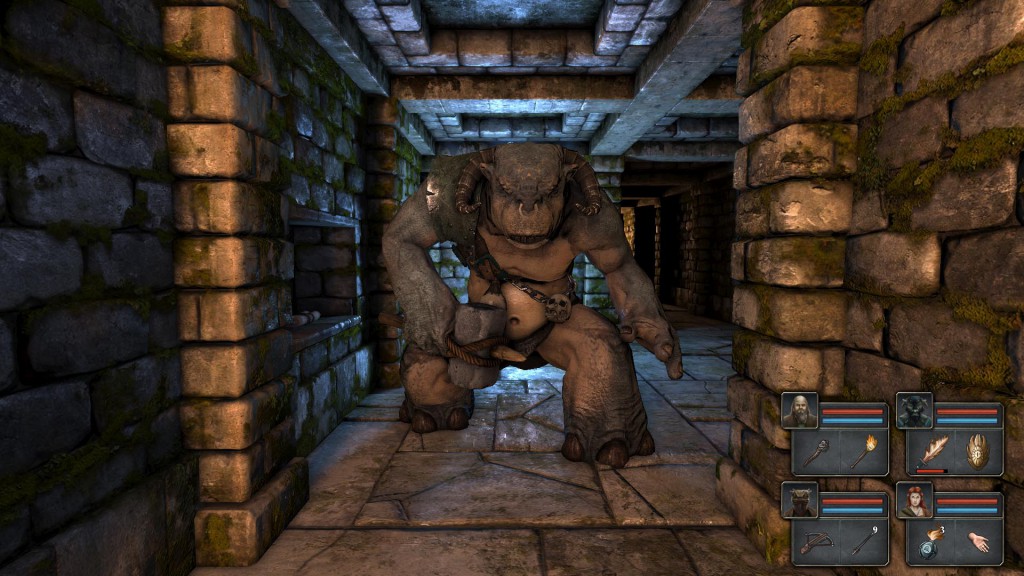 The developers are genuine people who love these kinds of games. They’re very open about their process, and clearly very talented. It’s developers like these that I’m always eager to support. I bought the game on the first day it came out, and I eagerly await any follow ups.

The game also comes with a dungeon editor now. Ohhhh, man. I want to try that out. I doubt I’ll have time, but it sure would be cool to make some of my own hard core dungeons.
View All Blog Posts