I smell a Game of Thrones 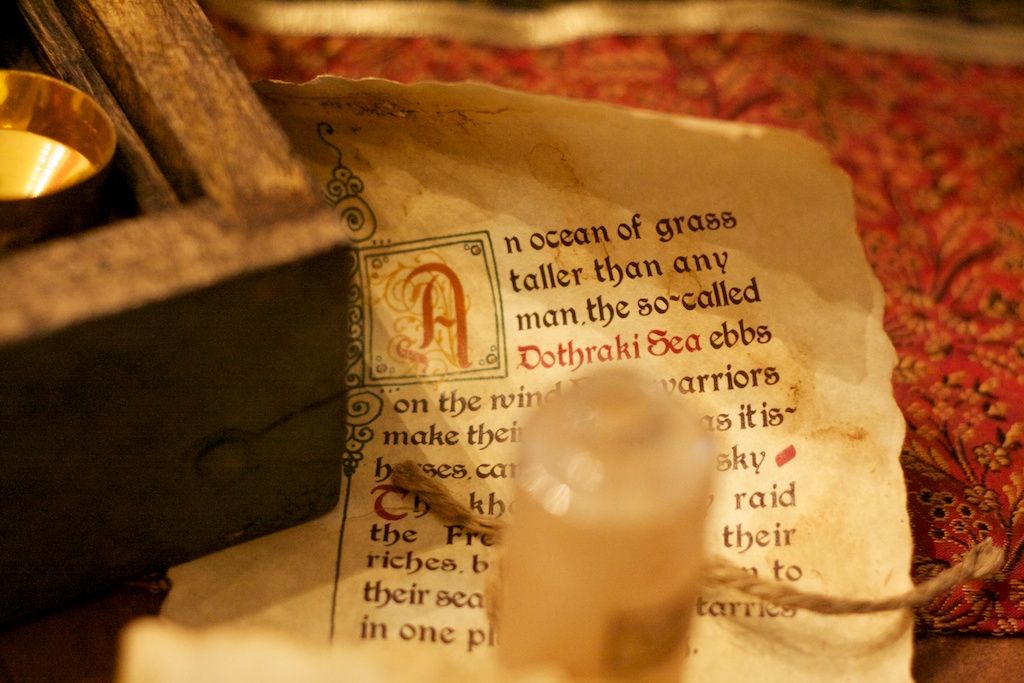 I know, it’s crazy, huh? Unheard of! How could such a fantasy-geek like me have never read it? Well, here’s the thing. Lemme ‘esplain. I own the first three books in paperback. And I started reading the first one way back when. But I just wasn’t ready to commit to another unfinished multi-volume epic. 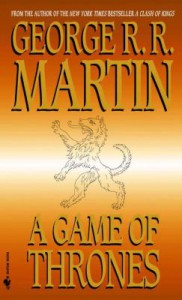 My heart was (and still is, of course) tied to the Wheel of Time. I’m very aware of Mr. Martin’s series, and have a profound respect for him, his work, and his fans. For years I’ve recommended these books to others whom I think would enjoy them. As a matter of fact, I frequently put them up on the same lofty pedestal as WoT. I tell people that if WoT is the ultimate “PG-13” fantasy epic, then ASoIaF is the equivalent “hard R” series. In many ways I’ve deliberately put off reading these books so that when they’re done, I could sit down and read the whole thing start to finish and savor every page. I think Mr. Martin would appreciate such an approach.

When HBO announced a few years back that they had acquired the rights to the series and were planning to adapt it as a multi-season show, I applauded the move and sensed in my heart that it was the right one. It just feels right to do this series in this way on that network. Right? I’d be curious to see if there was any significant backlash against Mr. Martin or HBO when it was announced. Sure, there might have been a few angry bloggers here or there, but I suspect that the vast majority of fans and industry professionals proclaimed it to be a solid venture. We’ll see if it works out for them in April!

So all that said, I was absolutely stunned (and honored) yesterday when FedEX arrived at my house to deliver a hefty package from HBO. I don’t have any contacts there, and I’ve never done any (direct) promotion for ASoIaF. But I suspected correctly that this was all about the TV series as soon as I saw the HBO logo on the outside envelope. But I never would have guessed what was inside. Take a look: 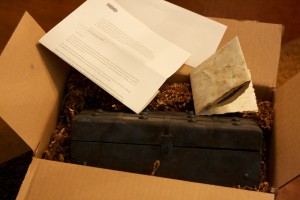 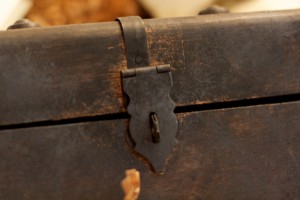 They sent me a treasure chest. I mean, how awesome is that? Who doesn’t want to get a TREASURE CHEST delivered to them on a rainy February day? Opening it I saw: 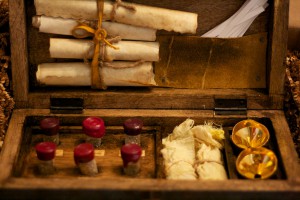 Parchment! Vials! Secret stuff! What the hell? I unfolded the first piece of paper and found this gorgeous map, which I am SO going to frame and hang on my wall. (If you don’t already know, I have a thing for collecting fantasy maps) Here’s a look at the map: 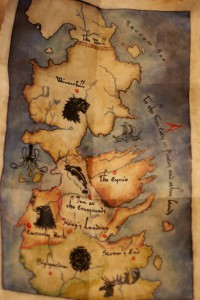 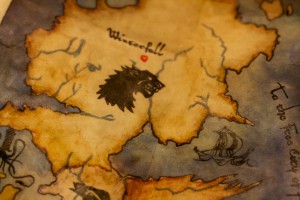 Examining all the other scrolls, they explain that the vials contain fragrance scents. Each fragrance helps build ambiance for certain locations featured in the show. The scrolls provide instructions on how to mix them together to evoke a certain location. For example, you mix “wooden beams”, “pear cider” and “fresh bread” to conjure the smells you’d have if you were the Inn of the Crossroads. 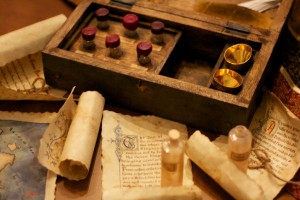 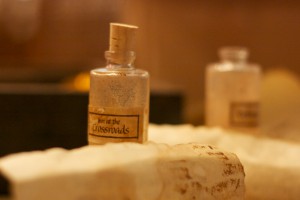 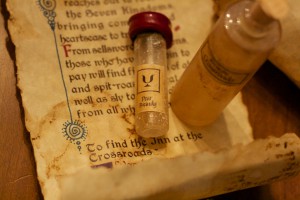 The fragrances themselves were a little sharp, but overall, I totally got what they were doing, and it was a lot of fun. At one point my 5-year-old son came over and asked me what all of that stuff was. I let him smell the fragrance of the Inn of the Crossroads, and he responded by scowling and saying “Yuck!” It dawned on me then that of course a five year old kid is going to think a tavern full of spilled ale is going to stink. Duh.

(Note to self: 5 year old son does not get to inherit anything related to Game of Thrones….) 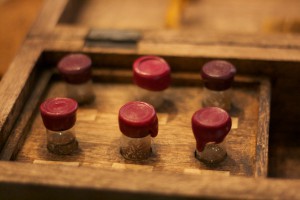 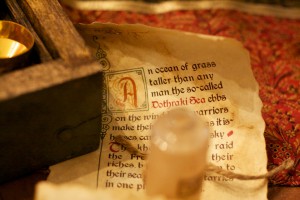 Pretty cool, huh? So what could be better than receiving a treasure chest full of maps, parchments, bottles, and other neat stuff? … The promise of more to come! The letter from HBO says this is part of an ongoing promotion, and I’m honored to be included. I’ll post pictures and descriptions of whatever else I receive.

There’s NO doubt whatsoever that I’ll be watching the show. Even before all this promotional stuff, I was planning to get a “season pass” on iTunes. My wife and I have always enjoyed good HBO content (Six Feet Under, The Sopranos, Big Love, etc). She’s not into epic fantasy, but she’s actually interested in Game of Thrones. We’ll see how it goes. Hell, I might have to read these books after all.

Or maybe I’ll just wait for the show. Mr. Martin would understand.

Game of Thrones premieres on HBO on April 17th. hbo.com/game-of-thrones