Sounds from the Game of Thrones 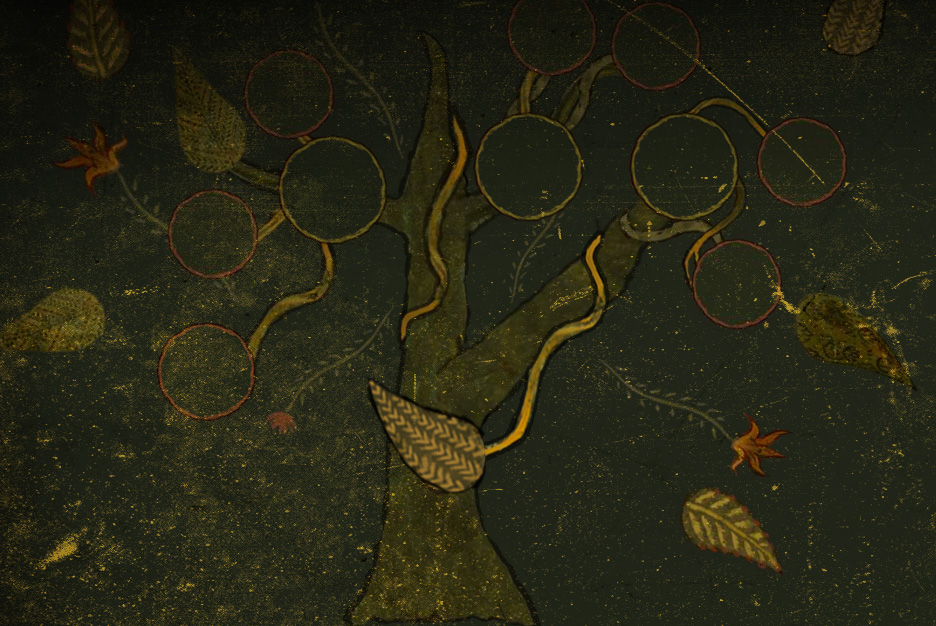 This article continues my coverage of an online promotion that HBO is conducting for it’s upcoming series, Game of Thrones. View my previous articles on the topic: Intro, and First puzzle. Please follow this link to visit the Maester’s Path website. (If you follow it through here, I’ll get credit for sending you!)

I’m totally onto you, HBO. Like… I get it. I so called it last week. Don’t believe me? Ask my wife!

The first package they sent me (and a bunch of other bloggers, of course) was a chest filled with scented vials. And their related website required me to use my nose to solve a puzzle and share it with all of you. Well, their website clearly showed that there were four more packages to come. And so, being the reasonably intelligent adult that I am, I naturally concluded that they’re going to do something for all five senses.

Anyway, the second promotional piece arrived to me today, but not via FedEX. Instead, I received an email which encouraged me to visit a website where I was presented with “A spacial audio experience.” An overhead image of The Inn at the Crossroads (apparently a prominent location in the show) loaded up and I was able to navigate around and listen to conversations happening at different tables. I used my best set of noise-canceling headphones, and the effect was pretty impressive. The audio quality was outstanding and the voice acting enjoyable to listen to. (I noticed that it was significantly more enjoyable with headphones than it was through my standard laptop speakers) Because I’ve not read the books, I wasn’t able to determine if any of the characters were major figures in the story, or just a random sampling of common folk. 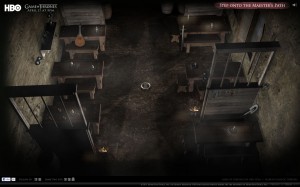 I listened to all the stories and found them to be interesting. They talked of how Winter is coming, how the dire wolves are out to get people, and how the Wild Ones (?) were stirring up beyond the great Wall or something. (I know, don’t kill me for not knowing this stuff. I’m looking forward to learning it on the show!)

After listening at all six tables, I followed this link to view the actual puzzle. Here’s what we have to start with: 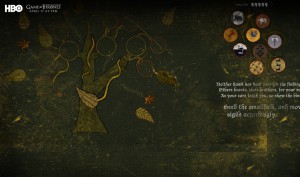 Now begins the hard part. Having not read the books, I was at a severe disadvantage in knowing how the hell to put this together. It frustrated the hell out of me at first because I didn’t even know where to begin. I had two breakthrough moments.

The first breakthrough moment was when I realized that the same tree shown in the puzzle was the on the floor of the Inn. Check out this modified screenshot, in which I’ve hilighted the tree: 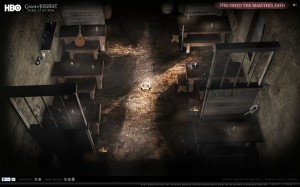 The second breakthrough moment was when I re-examined one of the pages I received in the chest from the first FedEx box. I noticed that some pieces in the puzzle had similar imagery to the sigils from a letter that was inside. Here’s the letter (click to enlarge): 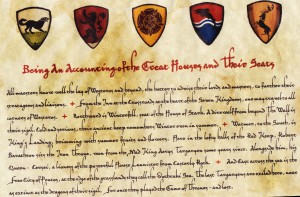 Although the sigils were not the same as the pieces I could move, I was figured maybe they were linked. (Hey, I had no other leads, right?). I did a google search and found a list of “Heraldry” symbols from the series. For the next SEVERAL HOURS (ugh!?!?!) I correlated back and forth from what those symbols represented (various people and houses in the series) to topcis discussed. I’ll admit there was a lot of frustrated guessing. And I’ll also admit that I was a little disappointed in the difficulty of this particular puzzle. Sure, I’m always up for a good challenge, but this was extra hard because it was mostly research based rather than clever puzzle solving.

Anyway, I managed to trudge through it, and somehow (and maybe with the wee bit of help from some of a few friends who know the series better than I), I finally prevailed and unlocked the exclusive video clip. Whew!

If you don’t have the time to devote to figuring out this puzzle, then here’s the solution: (click to enlarge) 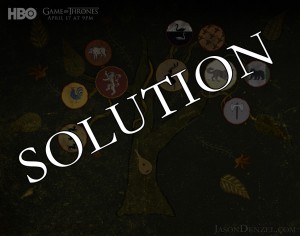 See? I saved you a ton of time. Now visit the Maester’s path website and solve the puzzle. Game of Thrones debuts on HBO on April 17.