Unfettered III and The Stone Golem of Qual’Jom 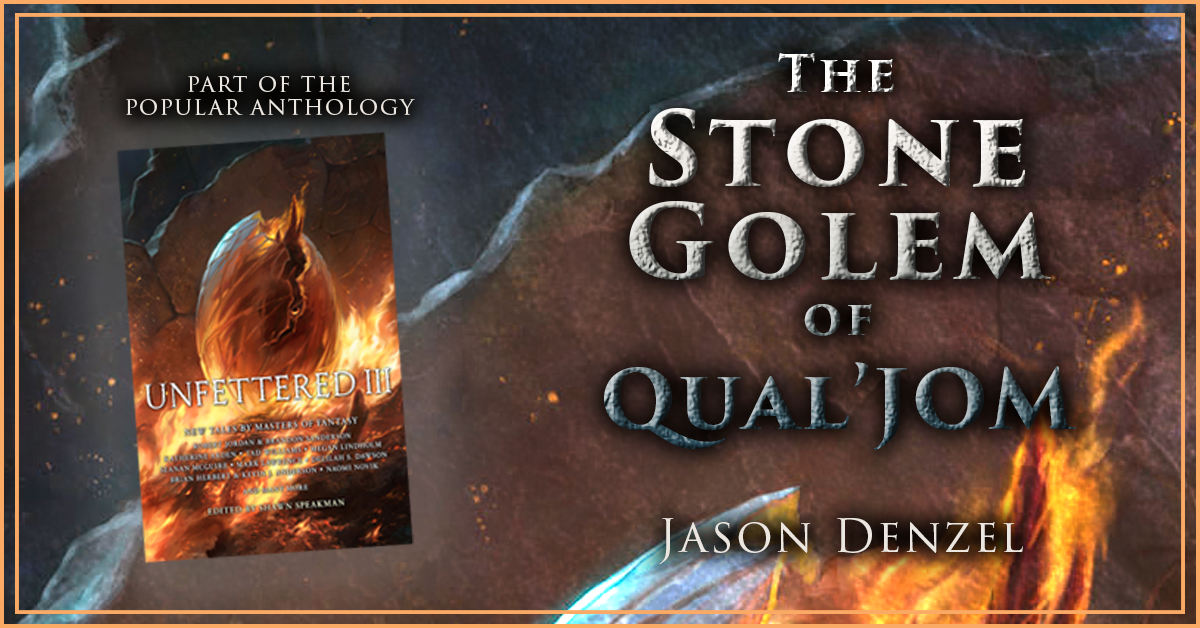 I have a new short story coming out March 19, 2019, and it’s part of a pretty exciting anthology. 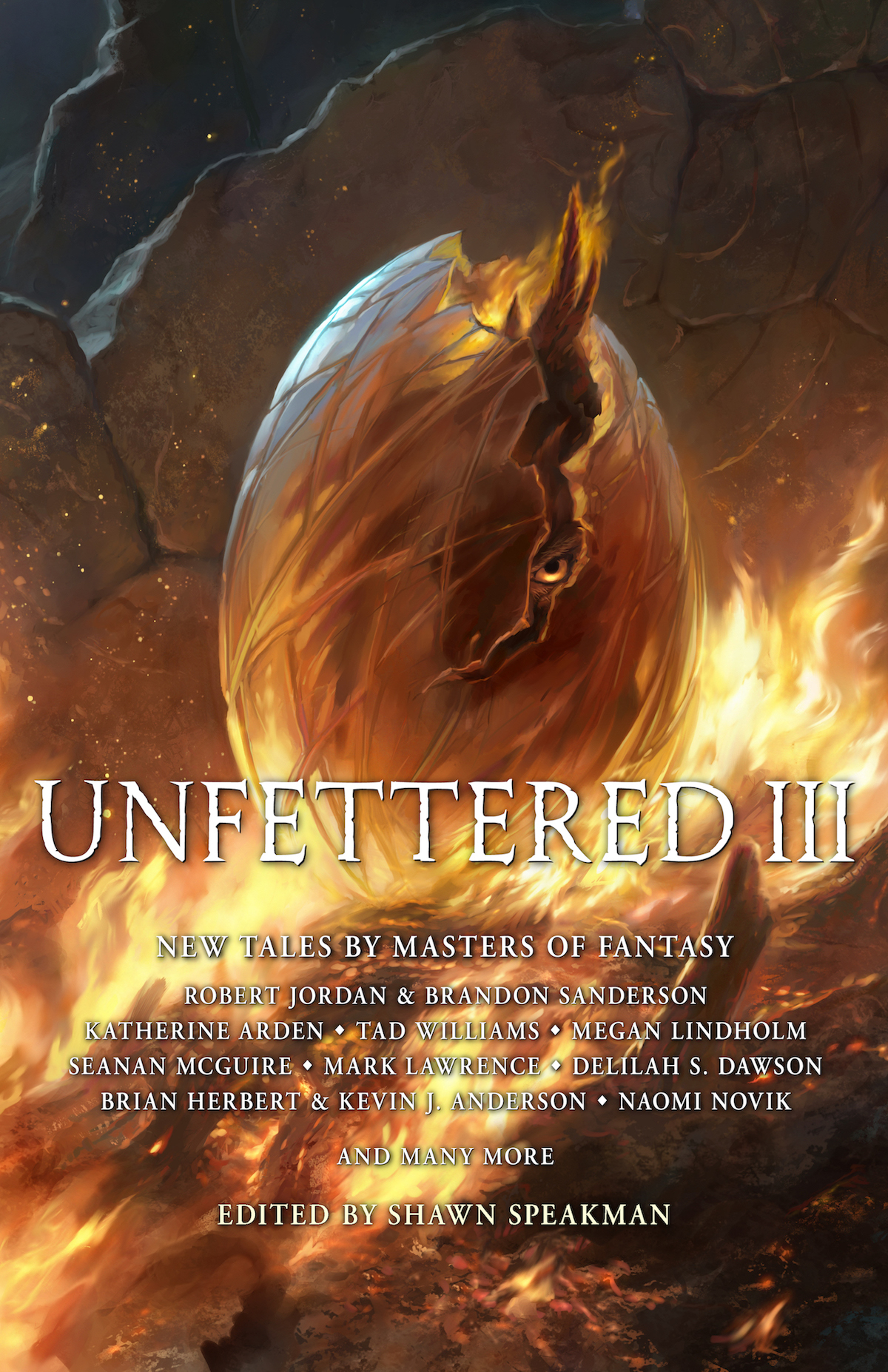 Unfettered III from Grim Oak Press is one of the most exciting fantasy literature anthologies I’ve seen in a long time. It features some of today’s best fantasy writers, including Brandon Sanderson, Terry Brooks, Delilah S. Dawson, Lev Grossman, Seanan McGuire, Cat Rambo, Tad Williams, and lots of others. (Full author list). It was a tremendous honor to have been asked to be a part of this collection. Its editor, Shawn Speakman, who also contributes a story to the anthology, is a wonderful human being and very good at what he does. Proceeds from book sales will go to assist writers with medical debt.

I’m especially excited because the anthology includes a newly-released deleted sequence set in The Wheel of Time world from Robert Jordan and Brandon Sanderson. The sequence is taken from the final book in the series, A Memory of Light. Although the main book series is complete, it’s exciting to get new content from it. There are also stories set in the Dune universe and in the world of Lev Grossman’s The Magicians, which I love.

The anthology is available in print, ebook, and audio formats.  Pre-order on Amazon, Barnes & Noble, and get order signed copies on the Grim Oaks Press website.

A special, limited edition printing with a unique cover will be made available for sale at Emerald City Comic Con in Seattle, which I’ll be attending. If you’re at the convention, check out my Upcoming Events page to see when myself and the other contributing author will be signing copies.

The Stone Golem of Qual’Jom, is a stand-alone story that has a special place in my heart. It’s set in its own world (ie, it’s not part of the Mystic series, or anything else I’ve written). I originally wrote it back in 2010, a full 3 years before I began writing Mystic. The story’s about a blind creature made of stone who lives in an underground cavern and is charged with protecting his master’s dwelling. The story delves deep in the creature’s loneliness, his nature, his purpose, and his eventual journey to something greater. I’ve been holding onto this story for a special occasion, and now I’m excited to finally be able to share it with everyone.