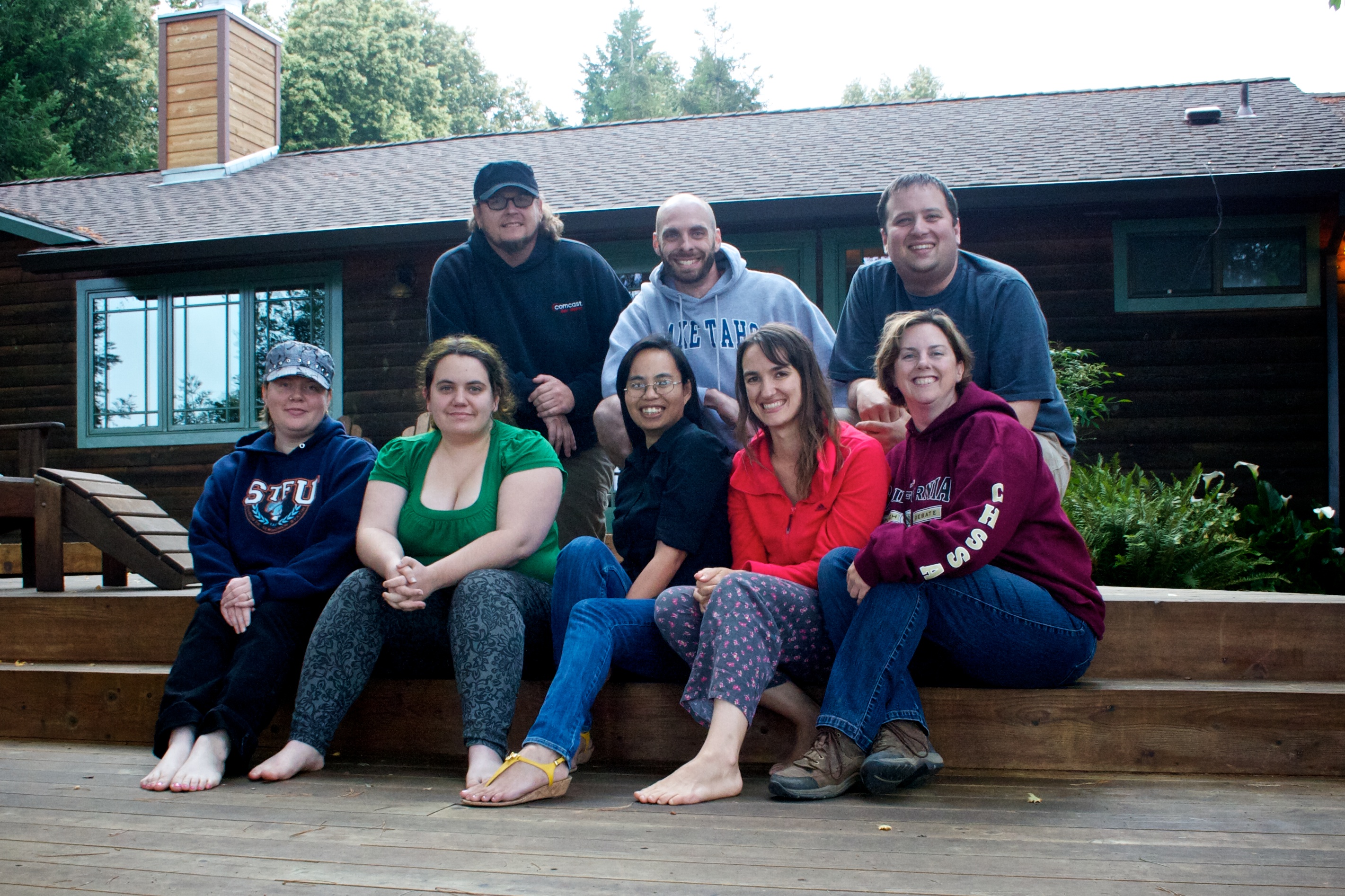 I returned home yesterday from a 5-day writing retreat. I attended along with my writing group based here in my hometown in northern California. We had a great time, better than any of us expected. We rented a house in Ukiah, and it proved to be an amazing place to relax and get some writing done. The house was located within a large, picturesque set of rolling hills. It spread over several hundred acres, which meant we literally couldn’t see another building unless we crossed the property lines.

We saw many stars on the first night, which was incredible. The other nights we had fog, so stargazing wasn’t possible. There were plenty of places to explore each day including a fenced off garden with fresh strawberries, a remote grove with a giant oak tree, and an open barn which wasn’t being used for anything except storing firewood and other similar things.

There were 8 attendees, including myself. We arranged it nicely where each of us had a 1-hour session over the course of the retreat where everyone focused on their writing and gave feedback and suggestions on their work. We also did writing challenges in the evening, which turned out to be more enjoyable than we’d anticipated. Some of them were solo writing prompts, while others were challenges requiring us to pair up.

We assigned meals so that everybody was responsible for a dinner and one other meal. The food was outstanding overall, with plenty of healthy options for everyone.

As a bonus, we recorded our own episode of Writing Excuses, a popular podcast about writing. We sent it off the show’s producers to see if they’re interested in sharing it. Either way, I’ll link to it eventually.

Overall, this was a fantastic experience and I highly recommend something like this for aspiring (or professional) writers. I had a goal to write 3,000 each day, which I accomplished if you factor in the writing challenges we did. Below are some pictures I took. Enjoy.

Check out my friend Heidi’s blog post about the retreat, along with some of her own photos.
View All Blog Posts